SNIBE is the brief name company for Shenzhen New Industries Biomedical Engineering Co.Ltd Founded in December 1995. Snibe is a professional  bio-medical company that specializes in the research, production and sales of clinical laboratory instruments and in vitro reagents .

Since 1995, SNIBE has been focusing on the R&D of immunoassay products and was one of the first companies that developed the key technique of magnetic microbeads as solid phase. In 2008, SNIBE became the first company in China that successfully developed and released a fully automated Chemiluminescence Immunoassay (CLIA) System. Since then, new innovative models were added on its range of analysers, and by the end  of 2018, SNIBE exceeded the 10.000 installed units worldwide, in more than 130 countries.

MAGIRAS DIAGNOSTICS S.A is the exclusive distributor of SNIBE since mid of 2018. Appreciating the technology, the very fast development and expansion of the company and the wide range of assays offered, MAGIRAS decided to channel its own great experience of selling and supporting immunoassays systems for many years, to the portfolio of SNIBE. 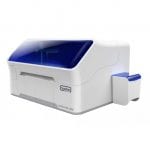 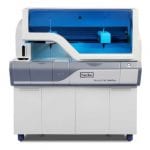 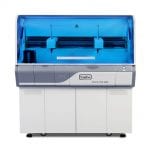